A Note from the Developer of waterleakXsystems 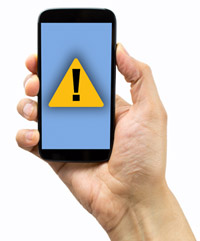 In 2002 I had a new home under construction in Minnesota. We were able to move into an apartment above the garage while the home was being completed. In the middle of the night, my wife awoke and said she thought she heard water running. I investigated to find the entire kitchen area flooded due to a connection that had not been made properly in a bedroom directly above the kitchen. The entire ceiling, all of the new kitchen cabinets and wood flooring were destroyed by water. The water ran thru the flooring into the lower level and detroyed another completed finished area. Total cost of repair was $160,000 and a 4-1/2 month delay in the completion of the project. In Minnesota this has to be disclosed in a seller's statement, which is a negative when you sell property.

Around the same time, I had developed a 40 unit condominium project. I had a renter whose cat loved to sleep in the bathroom sink. On a Friday the renter decided to make an overnight trip and left the cat in the bathroom with a towel in the sink for the cat. While the renter was away, the cat bumped against the faucet turning it on, over flowing the sink. The water ran long enough to destroy a stack of three newly completed vacant condos below. Total cost to repair was over $200,000 and 5 months of time and aggravation. In 2012, I built another new home. This time I developed my first water leak prevention system. I worked with my Audio Visual, and Electrical Contractor to devise a hard wired system in the home. It was very expensive but that system became the premise on which waterleakXsystems was developed. I had looked into various options but nothing offered on the market would do all the things I wanted it to do.

Leak 1. Three months after our home was completed, my system saved the day. A leak had developed in my ice maker and my new waterleakXsystem worked perfectly, with no damage to the wood floor or the finished lower level. It not only shut off the main water supply, but sent a signal notifying my alarm company. ZERO cost of clean up.

Leak 2. After the appliance company repaired the ice make, a second leak happened in the same ice maker. This time the system worked flawlessly again. I demanded a different ice maker which was installed. ZERO cost of clean up.

Leak 3. My wife was in the lower level when she suddenly heard water spraying in the furnace room. A hose from a humidifier had cracked and within 5 seconds the alarm went off and the water was shut off. The system had saved the day again. The alarm company called to report the location of the leak, but because waterleakXsystem had sensed the leak and shut the water off, we had everything already under control. waterleakXsystems had saved the day. ZERO cost of clean up.

Leak 4. I have a large Reverse Osmosis System in another equipment room in the lower level. This system develops 190 lbs of pressure. It has several plastic fittings on the back of it. One of the fittings cracked and water sprayed out. Once again the system immediately sensed the leak, turned off the main water supply valve and averted another disaster. ZERO cost of clean up.

I have had my share of devastation due to water leaks and refuse to face that again. I have developed a state of the art water detection, water management system that does much more than the original hard wired system. Not only can this system be installed in any home or business, it is priced so everyone can afford it.

We are now offering this system to you at factory direct prices.

VIEW ALL PRODUCTS DOCUMENTS AND VIDEOS